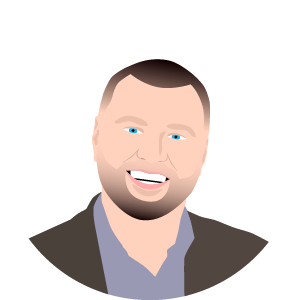 Low Code sounds great: you (anyone) can use this magic tool, to create a full business application or part thereof, without having to use expensive techies, instead using a cheaper and less specialist resource. It is (mostly) completely visual, and can be achieved using a number of tools out there on the market. Sometimes it manifests as a toolkit on top of a platform like Salesforce or Dynamics.

‘Low Code’ is not a new idea. Application builder toolkits appeared over a decade ago, and have been pervasive in some industries since then. They are not expensive, but are not necessarily cheaper than platforms like force.com. There are a variety of options available, and plenty of licensing models to choose from.

So far so good. There is acknowledgement that it might not be suitable for everything, but little specifics as to how it is decided, what ‘is too much’ for low code and how you would find it out.

Here lies the first problem: In the world of local government, agile development can be helpful, because the user / customer does NOT KNOW (nor should they really) what they want before starting the project. How can they? They are expected to transform their entire business process, wrestle control back from a legacy application, and remain compliant with the legislation.

It can be impossible to predict specific requirements up-front, nor is it a useful exercise (see Concept 3 above – no point aiming to save money on IT if it impacts business productivity even a little bit). If you don’t know the scope of your requirements, and small sacrifices may make a big negative impact, then how can you start a large build project with something that may have an inherent limitation (not clearly defined) that may prevent you from finishing it?

What if you get halfway, and do lots of good work, but then find that the tool you have picked is no longer fit for purpose? What if it can’t do something that you just came up with and it’s likely to make a huge positive impact? Do you use a tool, or scrap the project and start again? What is the point of low-code if it ‘tops out’ at some unknown complexity / functionality threshold, which will invariably be discovered after much work has already been done?

The second major problem is reusability of components or applets, or even full apps created using ‘low code’ toolkits. Let’s imagine that a good component is created, and it has not ‘topped out’. Can it be properly used again? Can it be generically deployed across the organisation(s)? Several solutions we looked at in detail simply ask you to spin up ‘another instance’ of the app / bit of code if you need it in more than one place. That sounds ok, until you need to make changes to one of them, and now you have 2 different versions of the same code, and then one more, and so on.

You can see a picture of nightmare support emerging with multiple versions of the same thing existing in the organisation, some essential, some not. Without big investment in DevOps and in consultancies that operate in Low Code, how can a release ever go well when 20 versions are deployed (not hard to imagine in an organisation that does 1500 things for its residents).

For the sake of making the app development process simpler, complexity is introduced in the IT landscape. It is yet another application to manage, integrate and support. Also, train users in, secure, patch and keep up with external updates / legislation. Yet another set of controls and attack vectors. It may not be a huge problem on its own, but it feels like a retrograde step in an era of technology consolidation.

Having said all of the above, ‘Low Code’ has its place. Well-designed apps will be modular, and have a huge area of user configurability (<shameless_Plug> Like Ours! /< shameless_ Plug>) ☺. Plus Salesforce.com and other PaaS vendors have low code capabilities, which can be used quickly, and will integrate natively with the rest of their platform, eliminating some headaches.

Of course, in reality, ‘Low Code’ isn’t really low code at all. It is simply a way of describing the fact that someone else has done half the work for you. But they don’t have to support it in your business environment, they are not responsible for how you use it and so on. Overtime, this will add up, and so far I am yet to see a robust case for a permanent ‘low code’ app replacing a significant capability anywhere in local government. If you have one, please message me, and I will happily stand corrected.

Thus, why not deploy a Platform replacing legacy applications with ‘No Code’ configurable, good, modern products that do the full job, not just the part of it, and hold their vendor responsible for their quality? It might cost more in IT, but given the calculation in part one, this may pay dividends 10 – 100 times over for the organisation as a whole.